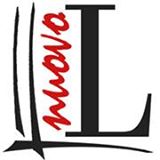 The Marina of Bizerte, “Cap 300”, was inaugurated Saturday, May 28, by the Minister of Tourism and Handicrafts, Salma Elloumi the presence of numerous officials and other deputies.

The Tunisian Minister stressed the importance of the realization of this project, after 11 years of delay, after the announcement of its launch, adding that it will help enhance the field of nautical tourism in the region, because it is the second largest port of its kind after to Gammarth, opened in 2015.

The Governor of Bizerte, Menaouer Ouertani, said that the positive effects of the project will not only evident in the region, but will affect the whole country, because it is a cutting-edge tourist project at the national level, so that the regional authorities will work to bring completed all its components.

The opening of the marina, that will accommodate 300 boats in particular yachts ranging in length from 6 to 30 meters, will be followed by the recovery of the residential complex jobs.

The total value of investments of Marina Bizerte project amounts to 300 million dinars (MTD). The port is one of the largest ports in the Mediterranean, capable of seating more than 50 boats with a length between 40 and 110 meters and a parking lot with a capacity of 250 cars.